How Teo Yang brought the moon in to the bedroom

The East Asian symbol of luck and wealth Time-honoured craft and the endless possibilities of a Savoir bespoke bed enabled Teo Yang to bring the moon into the bedroom. Yang describes himself as a lifestyle designer and believes a space should always tell a story. Through our collaboration with Teo we were able to get a true sense of how he carefully and innovatively brings elements of the history and folklore of his hometown, Seoul, to the design. The MOON bed is a true bedtime story. Surprisingly the story starts with a rabbit which based on pareidolia, identifies the markings of the Moon as a rabbit.  The story exists in many cultures, prominently in East Asian folklore. In Korean folklore it is believed that in the moon there is a world of long lived gods. Due to this belief people pray to the moon at night for their well-being. Still, many people wish to the moon for good luck, wealth and prosperity with it becoming the object of admiration and a good companion through the dark nights.

During his visit to the London Bedworks we spoke to Teo to discuss the importance of the folklore and how he brought the moon in to the bedroom. I had certain goals when I was creating the design. And one of them was introducing the eastern way of the night-time and how we embrace it. The eastern culture perceives the moon as the goddess that watches over us during the night. I wanted to bring the symbol of a peaceful night’s sleep in to the bedroom with this design. 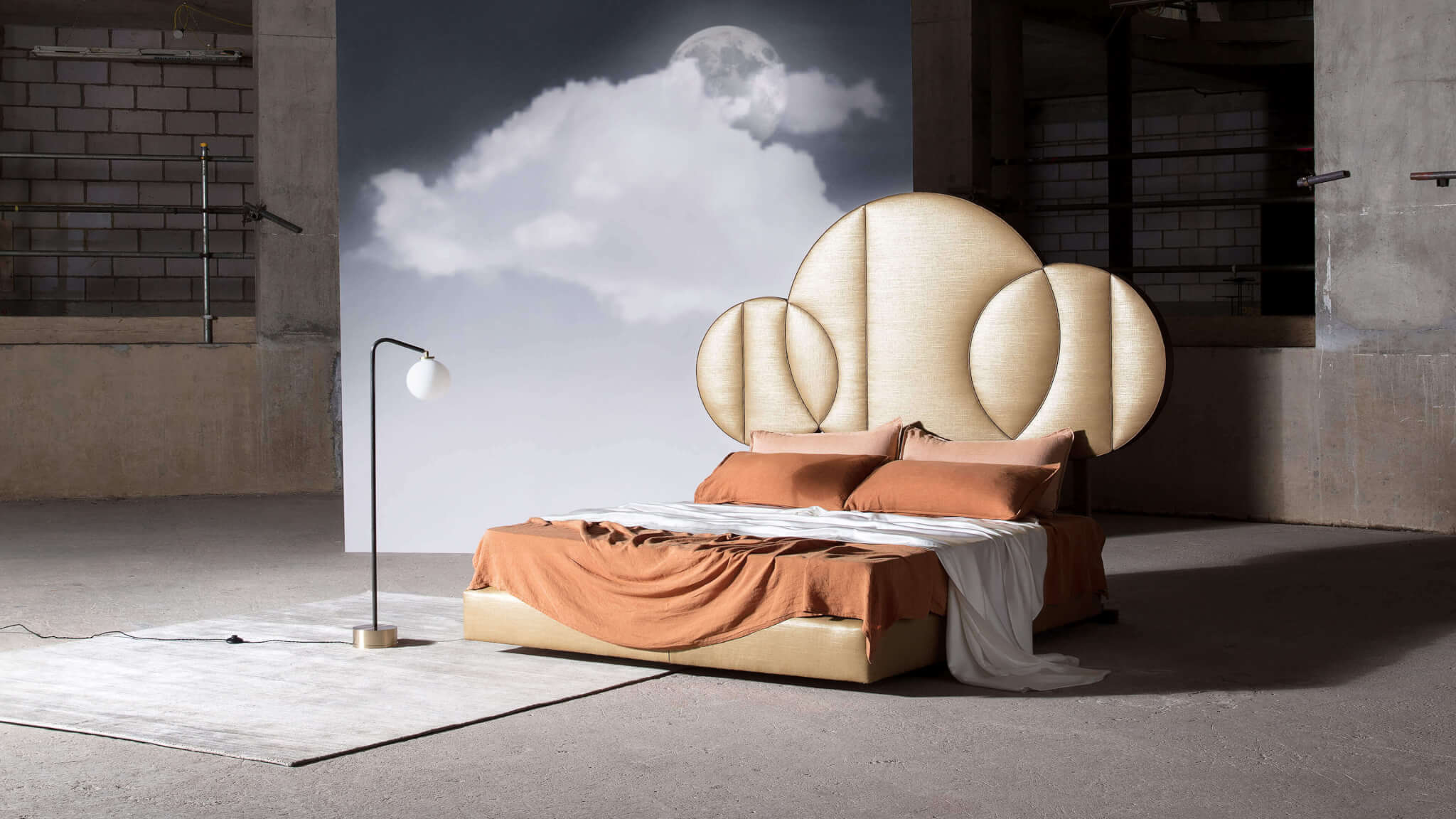 How do you tell a story through design?

For me creating a story is the most crucial part of the design process. The strong concept and story becomes the guideline for me to make every decision right. MOON 01 represents movement, with the full moon taking centre stage of the hand upholstered headboard. The two moons either side feature folding panels on the outer, a beautiful detail only a bespoke design can capture. Yang also wanted to design a headboard with three moons, as the number three resonates with the energies of optimism and joy, inspiration and creativity.

What was your approach to the collaboration?

I was thrilled about the collaboration. We all know that Savoir is the best bed in the world. The history and heritage, using the finest materials and best techniques, the bed becomes the best tool for a good night’s sleep. And that itself was truly inspiring. I was honoured to take part in the history of Savoir.

“The eastern culture perceives the moon as the goddess that watches over us during the night. I wanted to bring the symbol of a peaceful night’s sleep in to the bedroom with this design.”

The moment you first saw the bed…

I felt very delighted to see the finished bed, the Savoir team and I worked very hard to accomplish the goal. I truly hope many people have the perfect sleep as the moon watches over them.

The MOON bed is displayed within many of our showrooms around the world. Teo also commissioned a design specifically for his hanok in Seoul.  A hanok is a traditional Korean house and this special commission features beautiful tonal velvet reflecting Teo’s style and approach to design.